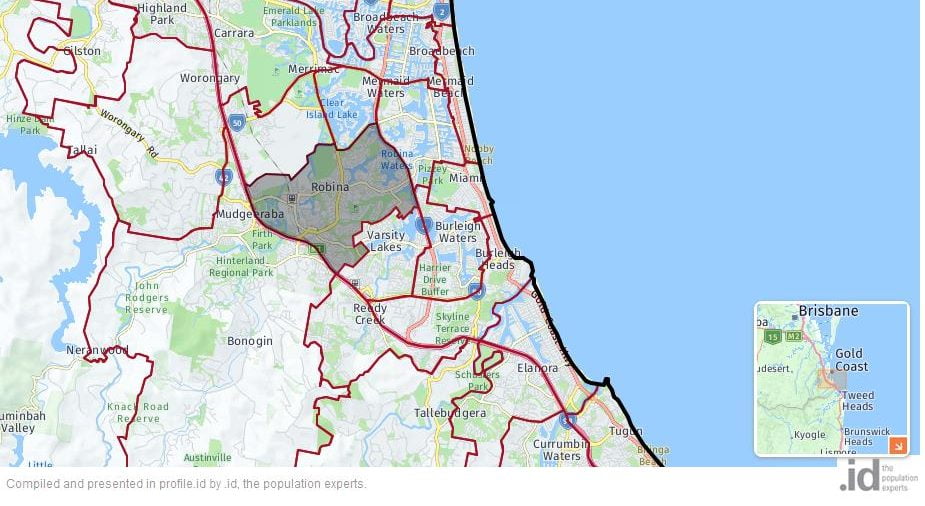 In 1980, Singaporean real estate developer Robin Loh purchased 20 sq km of land in the southern Gold Coast, west of Broadbeach. The acquired land, which had previously been used for grazing, would become the suburb of Robina.

Engaging international urban designer Moshe Safdie, Dr. Loh formed the Robina Land Corporation, which spearheaded the development of Robina into a residential and commercial hub now home to more than 30,000 people and with a workforce 20,000 strong. Robina is considered one of Australia’s most successful planned communities and is one of the Gold Coast’s fastest growing suburbs. In the decade from 2001 to 2011 Robina experienced population growth of 4.8 per cent per annum.

Things to do in Robina